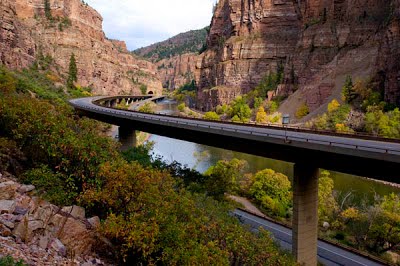 It has become patently obvious that President Trump does not regard environmental protection as a high priority in his Administration.  One of his stated goals is to cut the so-called regulatory red tape that slows down his agenda for Making America Great Again!  One of the targets of his red-tape cutting is the National Environmental Policy Act of 1969 (NEPA).

This law is the cornerstone of our Nation’s efforts to protect the environment and a fundamental tool to harmonize our economic and environmental goals.  In short, NEPA simply requires the federal government to analyze and disclose to the public with an opportunity for comment the environmental, social and economic impacts of “major projects that could significantly affect the quality of our human environment.“  It contains no substantive environmental standards per se.  But it does mandate that any federal agency proposing to undertake, fund or approve a major project must consider the numerous environmental protective standards in its disclosure.

NEPA was enacted 47 years ago in an overwhelming response to the feckless practice of federal agencies in funding, approving and constructing major infrastructure projects with disastrous environmental and social results without giving any serious consideration to the significant impacts that might occur.  For example, past federally-funded state highway projects often intentionally constructed highways through public parks, nature reserves and other environmentally sensitive areas because there was no one living there to object.  There was no previous requirement for considering less-intrusive alternatives or sharing the potential impacts with the citizenry.

One contemporary example, among several in Colorado, where the NEPA process was a critically important tool was in the I-70 Mountain Corridor. Initial plans for improving the corridor’s capacity and mobility included blasting through a cliff, building unattractive retaining walls, and channeling the Colorado River. For these reasons and others, a majority of stakeholders did not support the plan.  In response, the Colorado Department of Transportation (CDOT) used the NEPA process to initiate a collaborative decision-making effort to identify a new, more benign reconstruction plan. Thanks to NEPA-generated public input, CDOT chose a plan that was not only safer than the original one, but also had fewer impacts on the environment and the Colorado River.  The project has since won more than 30 awards for innovative design and environmental sensitivity. (See NEPA Success Stories)

NEPA was intentionally designed to give every federal agency the flexibility and discretion to tailor its own approach to implementing this new law.  It also created a President’s Council on Environmental Quality (CEQ) to assist federal agencies and the public in implementing this new law and recommending policies to the President to improve our planet.  Unfortunately, President Trump has not only avoided appointing anyone to this Council, contrary to every preceding President, but has even demoralized the remaining staff by evicting them from the CEQ’s long-time office space across from the White House and decimated its website. Trump has left numerous other key positions for environmental protection and other core government functions vacant, including a science adviser. Apparently unaware of what he had done, President Trump signed a presidential memorandum last month to accelerate federal approval of oil and gas pipelines such as the Dakota Access and Keystone XL pipelines while directing CEQ’s non-existent Chairman to coordinate their development.

Unfortunately, many federal agencies undertook NEPA implementing responsibility by creating an unnecessary paperwork bureaucracy without regard for the intent of the law.  It was this thoughtless approach to implementation, not the statute or its requirements, which have created the long and costly delays in project approvals. This misguided implementation has also resulted in a body of judicial law and precedents that have crafted piecemeal remedies without much overall success.   Unfortunately, as a result, too much time and money is now spent by agencies and the private sector attempting to avoid compliance, often finding themselves subject to more lawsuits and even further delays.  President Obama made some progress in addressing these problems by encouraging better long range agency planning, expanding the exemption of small projects from tedious paperwork, and only requiring cursory review of most minor federal projects.   Similar efforts need to continue.

Like many challenges in government with implementing regulations and laws written to protect the public, poorly written and overly burdensome regulations can thwart the intent of such protections.   However, the solution is not in dispensing with the law or its regulations, but rather having agencies exercise their administrative discretion in applying the requirements to achieve the benefits intended. Eliminating or impairing NEPA would be tantamount to removing the oxygen from our air – returning us to the hidden and unexamined adverse consequences of our actions.

Finding the proper balance between effectively administering the laws that protect the public and avoiding the possible unintended adverse consequences of their mandates requires knowledgeable and astute consideration of both.  The solution is never a radical departure or abstention from thoughtfully-applied statecraft.  Let us protect the fundamental right of citizens to know what their federal government is doing that might jeopardize the future for our children and their children.

James “Skip” Spensley is an environmental lawyer and nationally recognized NEPA expert. He was Director of the New Airport Office for the CCD from 1984-89, responsible for its planning and NEPA environmental compliance.