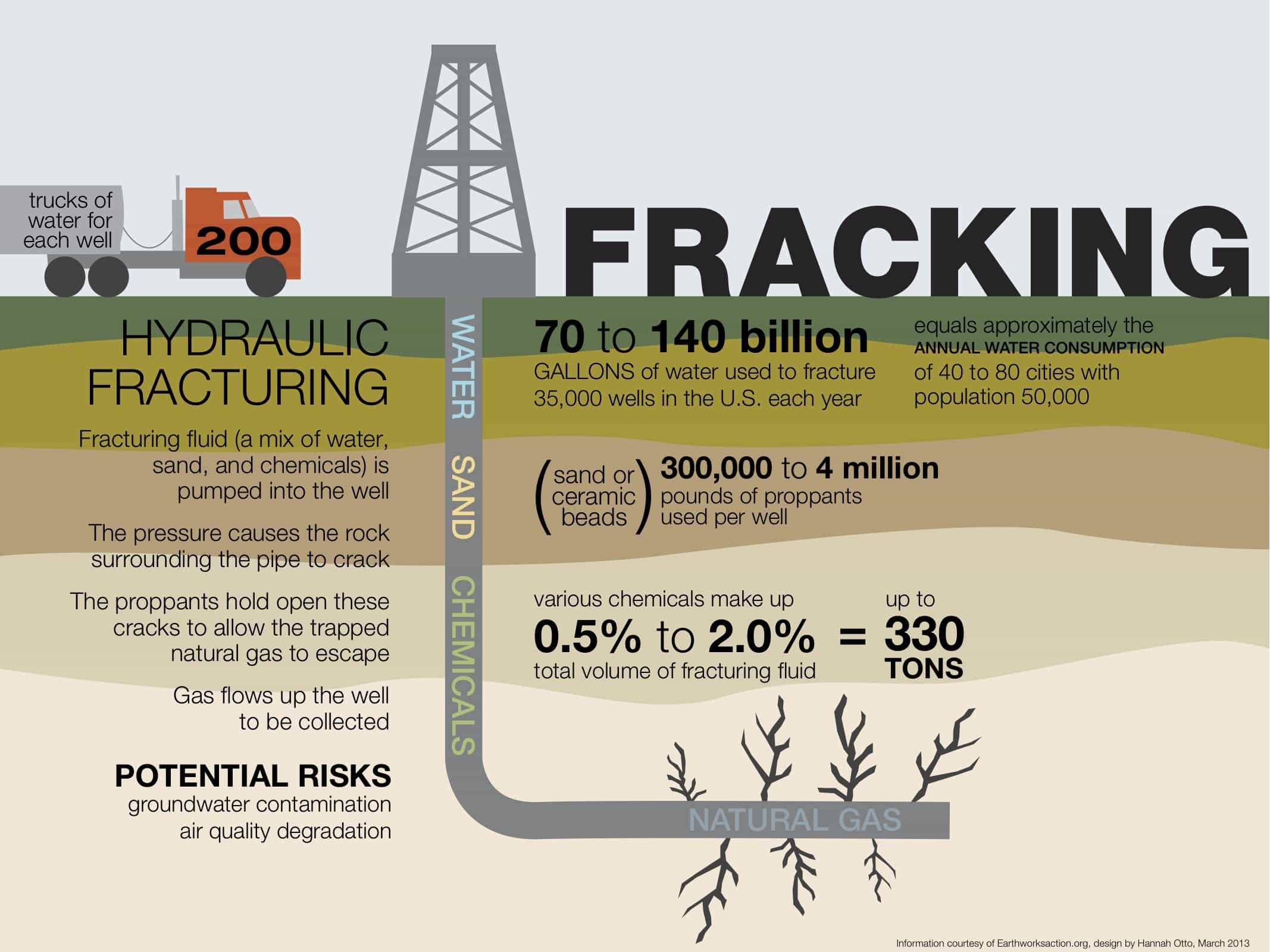 In response to a Trump executive orders 13771 and 13783, the Bureau of Land Management has rescinded its 2015 rule to require safeguards when hydraulic fracturing (often called “fracking”) is used to enhance production of oil and gas on federal and Indian lands.  The rule would have protected water supplies, ensured safe environmental management of fluids that flow back to the surface, and ensured public disclosure of the chemicals used in hydraulic fracturing fluids.  BLM announced the final action to rescind the rule on December 28, 2017.

What’s at Risk, Talking Points and What You Can Do

Hydraulic fracturing, or “fracking,” is used by the oil and gas industry to stimulate production from oil and gas wells. As this practice has become more widespread, there have been growing concerns about its impact on groundwater contamination, what chemicals are being used, and how the fluids that come back to the surface are managed.

Why the Fracking Rule Was Created

Fracking involves pumping large amounts of water, sand, and chemicals underground to break apart rocks to release oil and gas. According to the BLM, there are more than 100,000 oil and gas wells on federally managed lands. Of those currently being drilled, more than 90 percent use fracking.

In response to growing public concern about the impact of fracking on groundwater and the lack of transparency in the chemicals being used, the BLM updated the safety and public disclosure requirements for oil and gas operations on federal and Indian lands. The Bureau received more than 1.35 million comments on its proposed rule, a testament to the public’s concern about fracking and the need for these changes. The 2015 rule requires oil and gas operators to conduct fracking in a safe, environmentally sound manner and to publicly disclose the chemicals used in their operations. Although the rule has never gone into effect because of ongoing litigation, key components of the 2015 rule include:

The Trump Administration is proposing to rescind the 2015 rule as part of its overall effort to reduce regulations and roll back environmental protections. The BLM now argues that the rule would be too costly, that the rule is unnecessary because states are already regulating the oil and gas industry, and many companies are disclosing the chemicals used voluntarily or under state law.

The Trump Administration’s proposed repeal of this fracking rule, coupled with dramatic cuts to other environmental programs, represent a continued assault on public health and our environment.

Rescinding the 2015 rule would take away federal requirements to protect our water supplies from fracking on federal and Indian lands and to provide information to the public on what harmful chemicals are being used in these operations.

While there is some state regulation of fracking, it is important to ensure consistent, strong regulations to protect human health and the environment.  And the 2015 rule allows states and tribes to request variances from provisions for which they have an equal or more protective regulation in place.

While the Trump Administration states that the fracking rule would be too costly for industry, its own analysis estimates that the compliance costs would only be 0.1 to 0.2 percent of the cost of drilling a well. This would be a small price to pay to protect the public and the environment.

Regulation of the oil and gas industry and fracking should be based on sound science and public input. More than a million comments were submitted for the 2015 rule, and this Administration should not dismiss the rule without full consideration of the concerns for public health and safety.

What You Can Do

It would be great if well-reasoned, fact-based comments were enough to win the day, but in today’s deregulatory environment, raising the political stakes of regulatory rollbacks is crucial to stopping or slowing them down.  For rules that are particularly important to you, please consider taking one or more of the following steps, too.